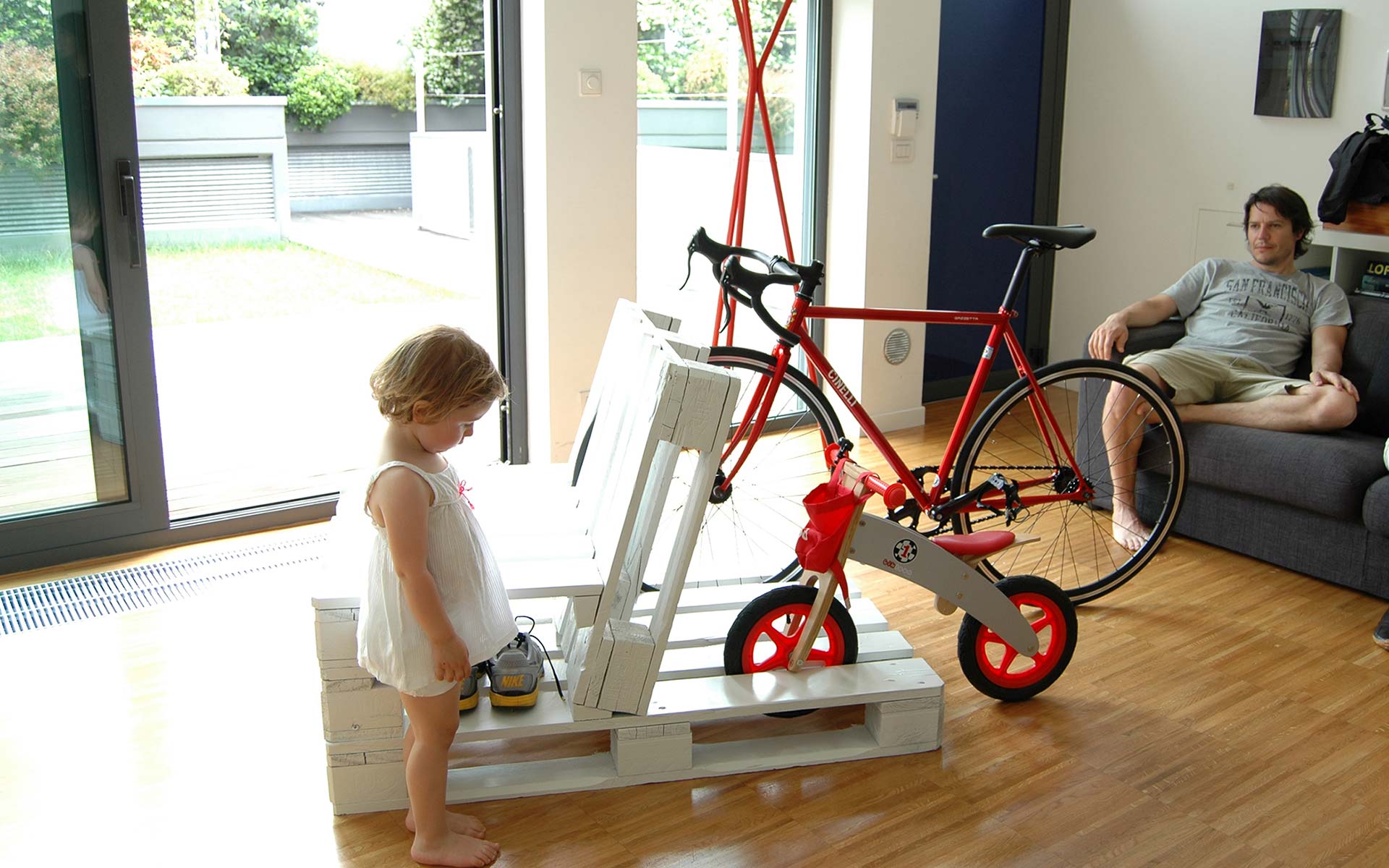 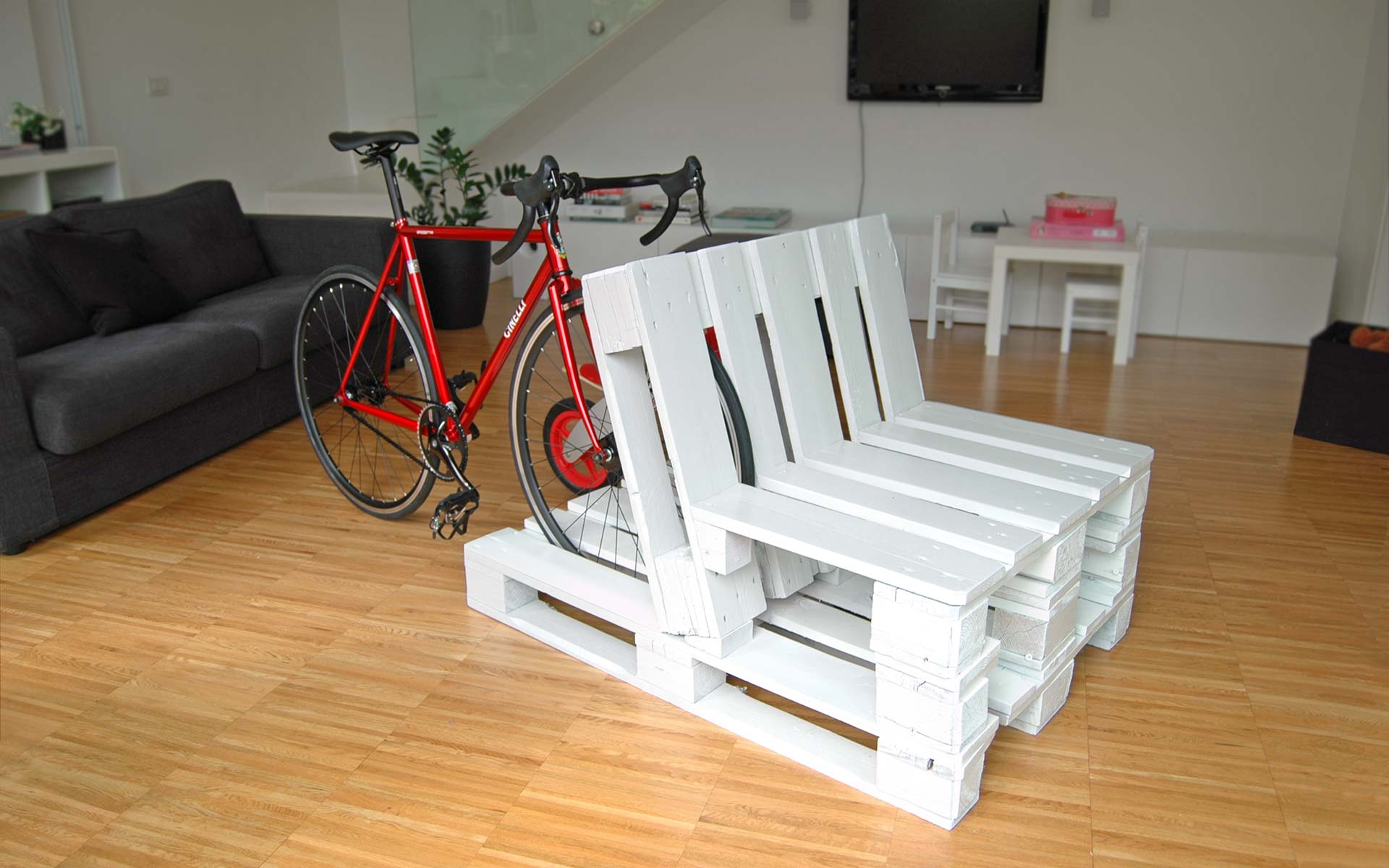 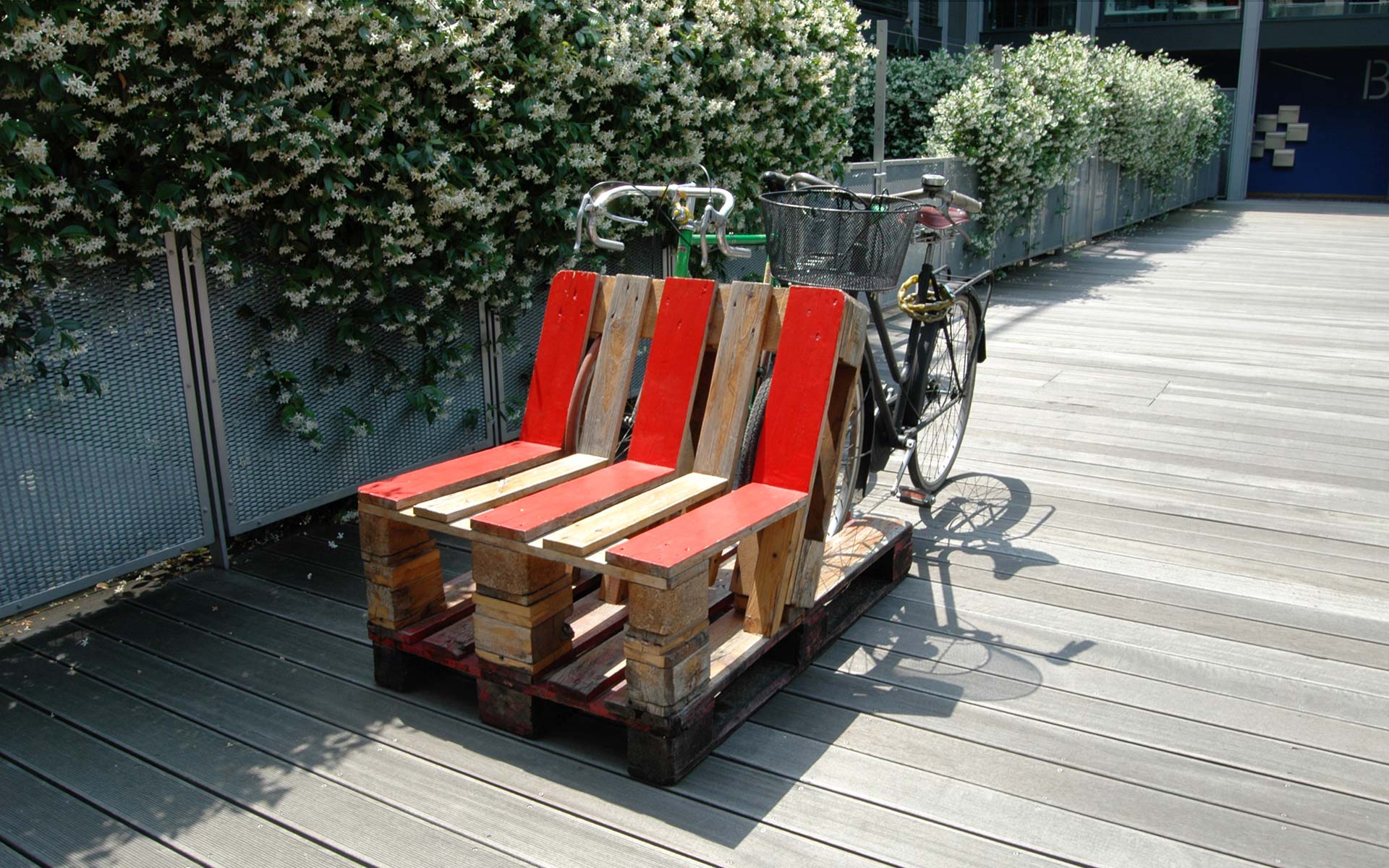 Association Mana-Manà was born from the desire to actively participate in the cultural development of the city, region and - hopefully - country. Its perspective merges sustainability and the improvement of living conditions for Italian citizens as well as for those who have chosen our country as an alternative to hardship and as an opportunity for growth. In 2012, Izmade decided to participate in a competition organized by Mana-Manà which involved the development of a prototype bicycle rack to be placed in the San Salvario district of Turin. The idea was a winning one: the rack, entirely made out of pallets (in the name of sustainability and re-use), also becomes a seat. Later, this dual-function element was utilised as furniture for interiors and commissioned by several other private clients. 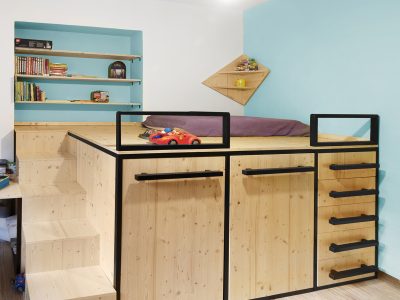 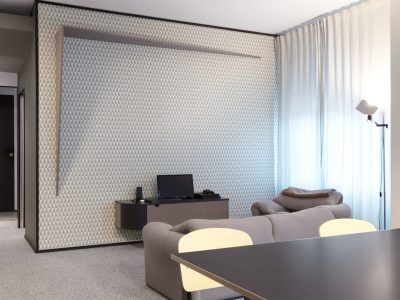 Mdf is the way 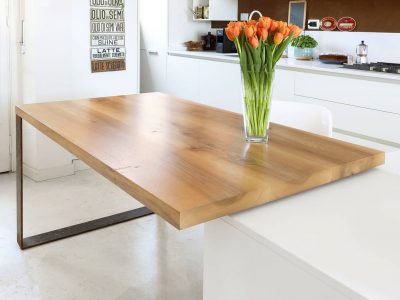