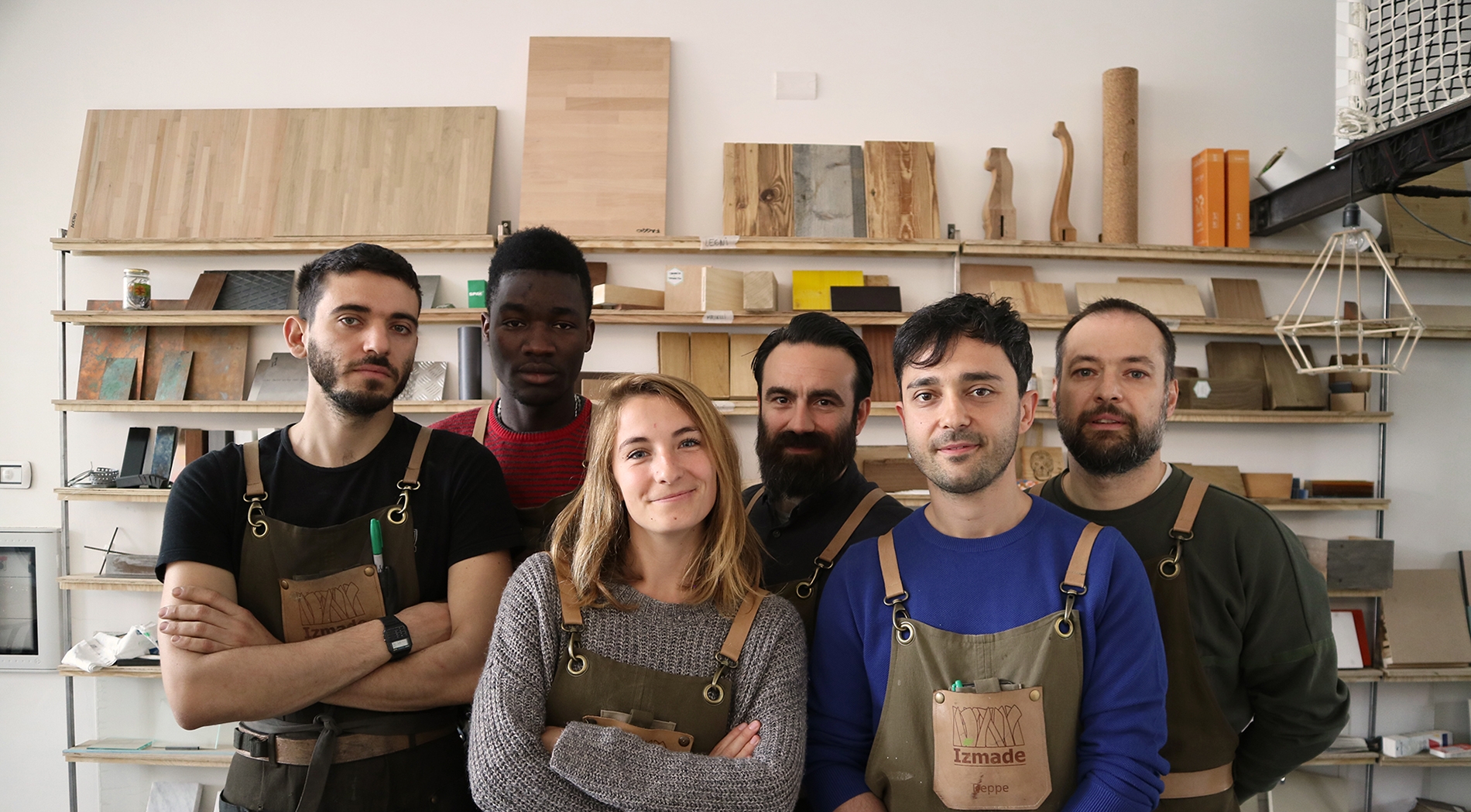 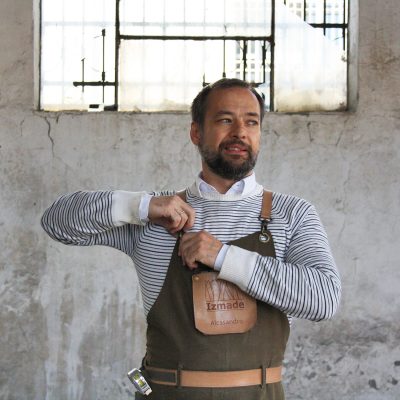 Architect and PhD in Territorial Planning and Local Development in Turin. He collaborated as a researcher on topics related to Territory and his planning at Universities and research institutes. He is the main founder of Izmo, an association that deals with local development, participatory processes, planning and urban planning. He has been a lecturer at St. John International University and currently teaches at the IAAD (Institute of Applied Art and Design). Always passionate about design, at Izmade he deals with design and communication. 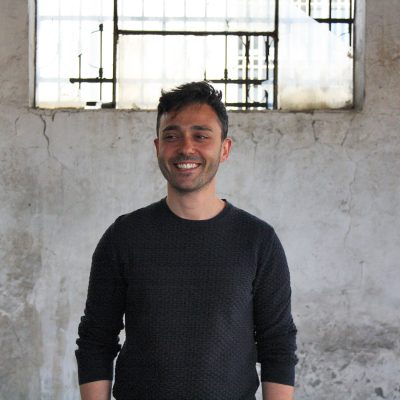 Architect qualified since 2011, he graduated from the Polytechnic of Turin with a thesis on the use of second subject, worthy of printing dignity.
He won, in charge of Preliminary Investigation and creator of the D.I.A. (D.D. 28 February 2013 n. 371) the Smart Cities and Communities and Social Innovation call for tenders announced by M.I.U.R.
Working with Izmo Cultural Association, he also won the Generation Creative research call concerning the development of the creative reuse that can close the gap between current legislation and actions in the public space.
From 2018 he is the legal representative and employer of Izmade, he alternates his commitment between various projects and collaborations with the Polytechnic of Turin. 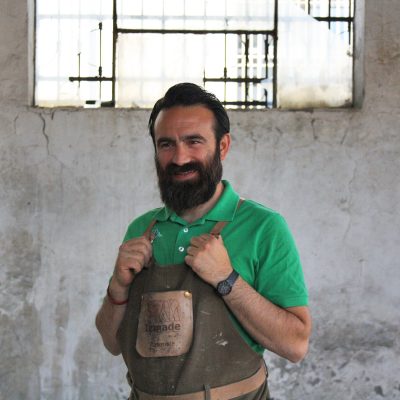 He is graduated in Industrial Design at the Second University of Naples and specializes in Food Design at IED in Rome. The great passion for the ideational process and for design as a place of investigation and experimentation have led him to collaborate with important design studios in Italy and in Europe. Today, its activity focuses on the practice of reuse, sustainability and participatory design applied to design. His approach to design is pragmatic, he loves to get his hands dirty, and he prefers, where possible, an integral control of design. He's a nostalgic for Art and Craft. In Izmade It deals with design, prototyping and production. 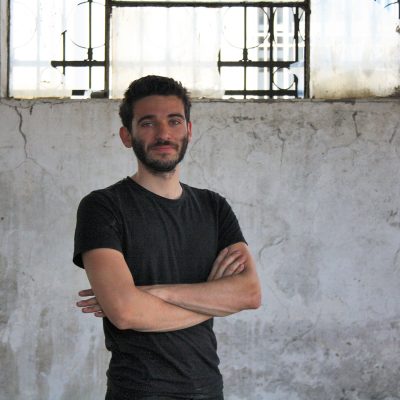 After graduating as an industrial electromechanical expert, he obtained a further qualification as a technician for the maintenance of rolling stock.
Subsequently, he expanded his knowledge in the IT-multimedia field, obtaining the certification from an Android programmer and JAVA programmer.
He began his professional career working for various electrical design studios (such as, the OIKOS studio), in which he deals with the design and verification of electrical and photovoltaic systems.
Inspired by his father, he chose to enter the world of craftsmanship and metalworking.
Today, as a partner and maker of Izmade, Paolo is dedicated to metal carpentry, lighting, electronics and machinery design and construction. 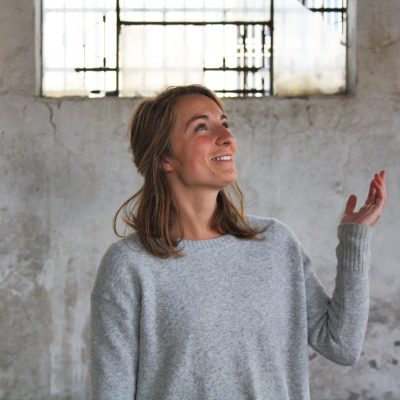 She studied Product Design at the Polytechnical University of Turin, where she feeds her passion for participatory design. During her studies she worked as a trainee for Fablab, a Turin association with which she established a partnership that still involves her in the "Fablab for kids" project. She graduated with a thesis on the re-organization of a center for children affected by the down syndrome, developed with the contribution of the voluntary association CEPIM.
In Izmade she plays an active role as a designer in the executive design and in the management of the numerical control cutter (CNC).
From her projects some of Izmade's typical products are born, such as the "Luda ​​table". 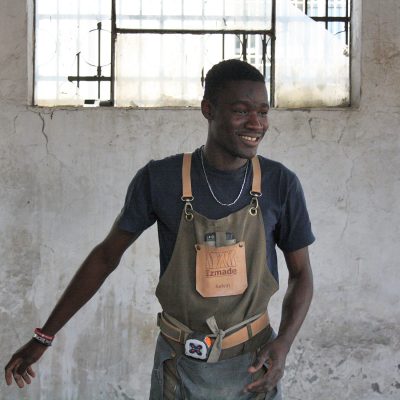 After graduating in the Center for Adult Education (CPIA Turin), Kelvin took part in various volunteer projects in the artistic-planning, scenographic, environmental and mechanical fields, supporting some of the great personalities of Italian entertainment world like Fabrizio Voghera and Savino Genovese.
In 2017, after working at Enrica Campi's artisan ceramic production laboratory, he joined Izmade social enterprise. Here he began to develop excellent attitudes in wood processing and in the creation of design furniture.